Dave Lamprecht - Chairman
Dave has served 10 years in the SADF, initially in the Infantry serving in 11 Commando Unit and 8 SAI Bn then transferring to the SA Navy Submarine Service qualifying as a Submariner and later as a Marine serving in the Marines Amphibious Boat Squadron.
Dave then served 10 years in the Law Enforcement Services in Cape Town and presently serving for the past 13 years as a Police Reservist in the SAPS Flying Squad.
He is also the Director of Law Enforcement Weapons and Tactics Training Academy and Ulinzi Bodyguarding.
Dave is a certified instructor with the International Police Defensive Tactics Association.
He has expereince in Anti-Poaching and training Rangers in the protection of Rhino and other endangered species.
Carl Lamprecht - Treasurer
Carl Lamprecht qualified as a young commercial pilot at 43 Air School at the age of 19 years.
Carl is a Tactical Firearms instructor for LE Weptac and has operated as a Close Protection Officer from the early age of 20 and has gained vast experience on High Profile tasks in the last seven years.
Carl is presently studying his B. Ed. in Mathematics and Natural Sciences.
Carl overseas all operational planning and  is Spear's Treasurer.

Craig W Archbold is a practicing specialist attorney.
Craig underwent SADF National Military Service qualifying as a SA Navy Diver and later qualified as a Paratrooper at 1 Parachute Battalion.
After the military, he graduated with a BA (Law) from the University of Cape Town and later he completed a LLB at the University Of The Witwatersrand.
In 1998 he attained his MBA from the Graduate School of Business University of Cape Town.
In 1999 he completed an LLM in Shipping Law at the University of Cape Town.
He specializes in Information Technology and Management Consultancy within SMEs in New Zealand, United Kingdom and South Africa.
He has provides compliance guidance to Private Maritime Security Companies (PMSCs) and Privately Contracted Armed Security Personnel (PCASP).
Craig addresses legal issues, maintains compliance with South African legislation, administers company secretarial affairs, liaises with PSIRA and oversees legal functions. 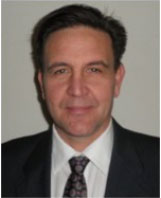